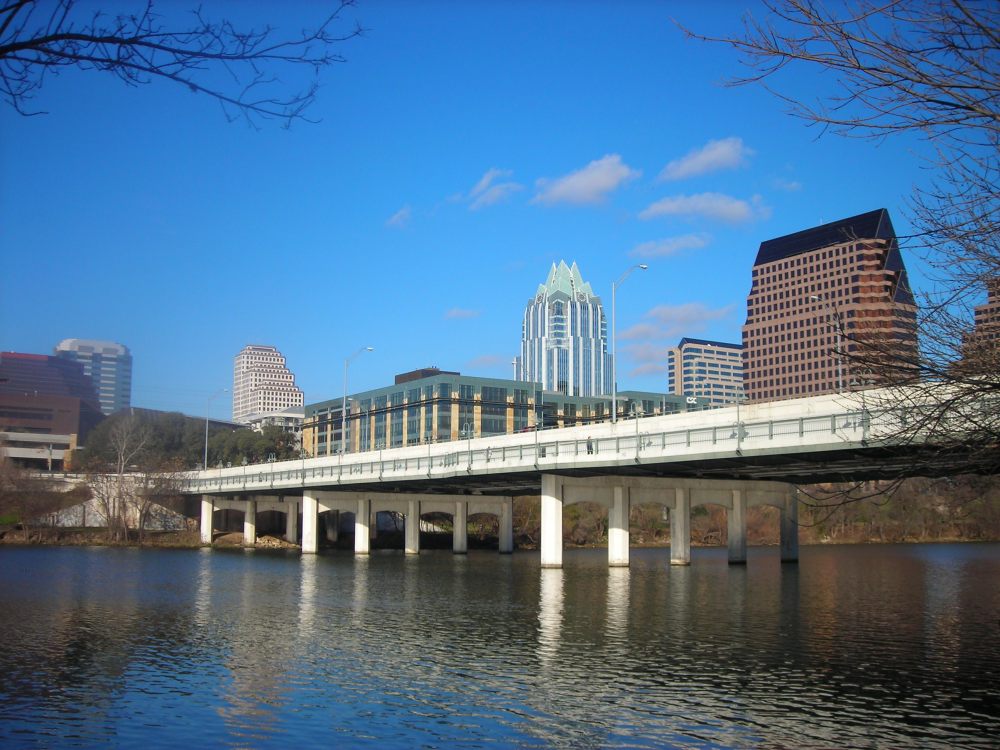 Currently, there is only one American state capital with a population of 1 million+ people: Phoenix. The capital of Arizona, as of 2019, is estimated to have at least 1.6 million people living there.

There is one city that will join Phoenix soon enough. The capital of Texas, Austin, as of 2019, is estimated to have over 964,000 people. This makes Austin the 2nd largest state capital in the United States of America. Currently, it is the fastest growing city in the USA. To put this in its proper perspective, Austin had 465,622 people in 1990. By 2010, there were 790,390 people in Austin. Considering that Austin sits less than 36,000 people away from the 1 million mark, Austin might became the 2nd state capital to reach a population of 1 million by 2020. Austin is part of the Austin-Round Rock metropolitan area in central Texas. There are 2.18 million people in the Austin metropolitan area, with suburbs such as Pflugerville, San Marcos, Cedar Park, and Round Rock. There are 5 counties that are part of the metropolitan area: Travis (where Austin is located), Bastrop, Hays, Williamson, and Caldwell. 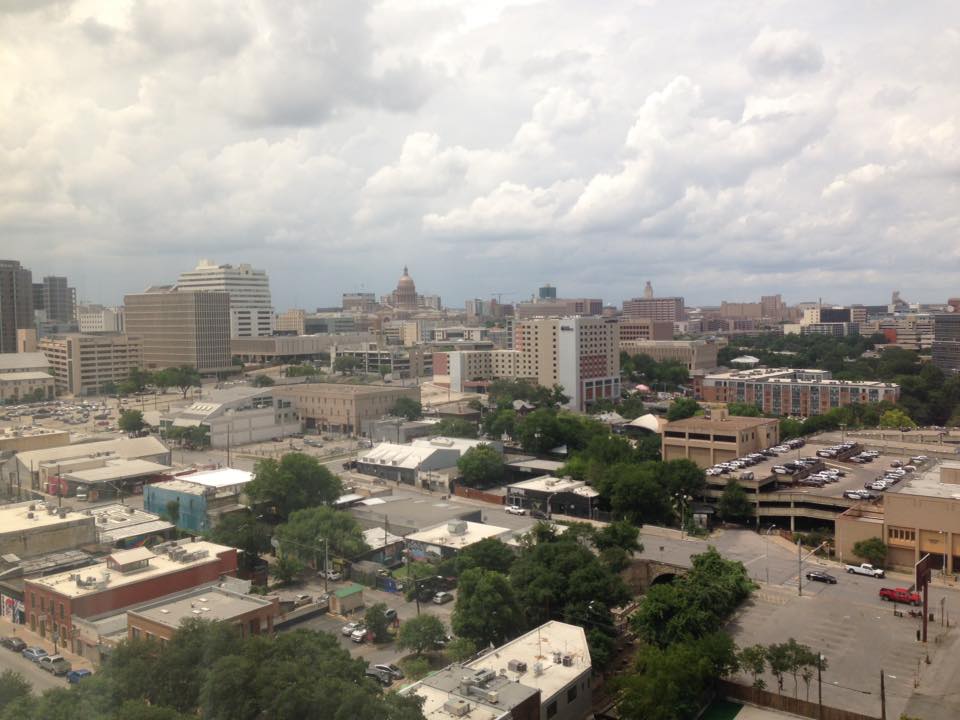 Austin is growing quickly, and is receiving alot of people from throughout the USA and the world. There are pull factors to consider. Many people are pulled to Austin for its tech jobs. Dell Computers is headquartered in Austin. The tech sector is not the factor. The public sector is a large part of Austin’s economy. This is fitting considering that Austin is the capital of Texas, thus, alot of jobs in the government sector. The University of Texas at Austin is a major employer as well. UT-Austin itself is a major producer of engineers and and those who graduate with degrees in the STEM (science, technology, engineering, and mathematics) fields. A high tech economy is a major draw to the Austin metropolitan area. Tech companies that have headquarters in Califorina’s Silicon Valley (Apple, Hewlett-Packard, Cisco Systems, Intel Corporation) have operations in Austin. The tech industry has attracted people from all over the USA, and from throughout the world.

Another factor is the climate. People over the age of 65 are a fast-growing part of the region’s population. Many move to the area to retire. In fact, many people are moving to Texas in general to retire. A warm climate and low taxes are major factors.

The adavantages that Austin has, it comes with a caveat. Austin’s cost of living is higher than average for the state of Texas. With the booming tech economy, and the demand for living in the Austin area, the cost of living is rising. Austin has been dealing with gentrification in recent years. As the cost of living rises, many people who once lived in Austin find that they can no longer afford Austin. Alot of low income residents have been displaced as a result.

There are some people who say that Austin’s growth isn’t sustainable. Many people point to the relative scarcity of homes available. This is something to consider. With more people moving to the region, more homes will need to be built. It is a matter of how many homes can be built, if they can be built fast enough, and where people will stay. Many people want to stay somewhat close to Austin’s city center, where many jobs are. Commuting to those jobs will be easier the closer once lives to those jobs. More availability of public transportation, shorter commute times on the occasion of driving, and for some people, the ability to walk or bike to their jobs. Home prices have risen dramatically as a result. Homes that once sold for about $300,000 will now sell for $500,000. 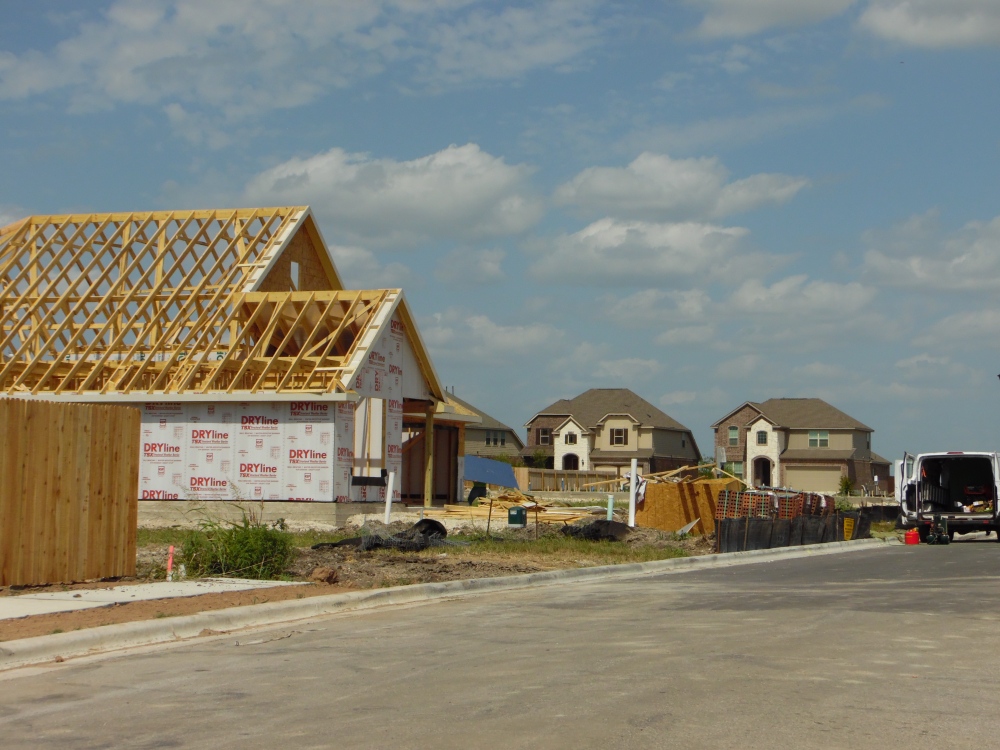 Photo: Homes being built in Pflugerville.

Traffic congestion is a major issue in the region. Capital Area Metropolitan Planning Organization (CAMPO) is looking at this issue in terms of what might happen in the future. This organization is working to solve problems that come with dealing with multinodal transportation. CAMPO has estimated that at the current growth rate, and the use of automobiles, there may not be enough room on the highways by the year 2040. This is one reason CAMPO is coming up with 2045 Plan to address these issues.

Austin will reach a population of 1 million very soon, likely within a year or less. It might reach that milestone by the last days of 2019. The rapid growth of the Austin-Round Rock metropolitan area leaves alot to consider in terms of planning. Issues like housing and transportation must be dealt with. Austin city limits will reach of population of 1 million, and the implications will be felt beyond the city limits. It is important for the counties and cities to work together to establish and maintain sustainable solutions, to manage the growth. Austin is booming economically and attracts many as a result. It’s a matter of managing the growth, and being prepared.